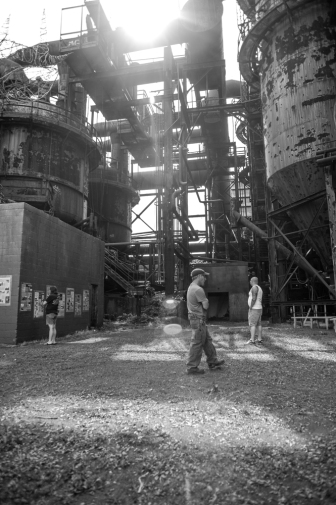 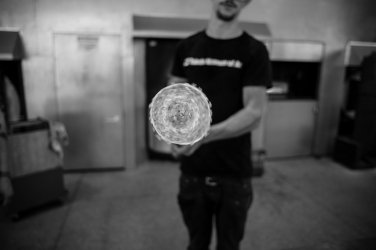 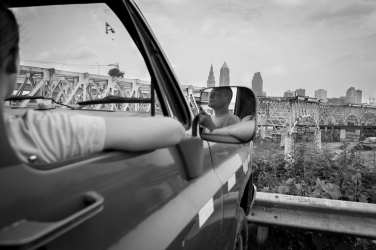 Allison Hurley and Dan Lake take a break for lunch on an overlook with a view of Cleveland’s innerbelt bridge being dismantled.

The great thing about blogging is the connections you make.

In a post a while back, I called for photos of the Rust Belt–and was subsequently linked to Howard Hsu, a photographer living in Seattle, who was kind enough to let me feature his work on my site. This post, and my previous post, feature photographs Howard took on his Rust Belt tour in 2014.

Been to any of these places? Were you as surprised as I was to learn that Toledo was once a major glass-making hub? Visited any of these spots since 2014? How have they changed.

Transition and reinvention in the U.S. rust belt in 2014–Cleveland, Detroit, Pittsburgh, Youngstown and Toledo.

The former bastions of the 20th Century industrial machine–empires built on auto, steel, glass, rubber and large-scale manufacturing–that changed the modern world but now struggle to keep up.

From art to biomedical and robotics to urban farming and community programs, each city is searching for ways to transform its economy and perhaps identity.

4 thoughts on “The Rust Belt: Photos by Howard Hsu”