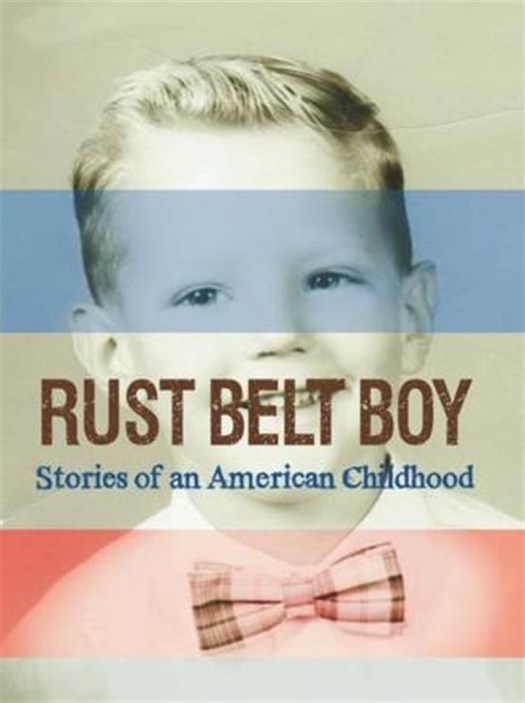 Here at Rust Belt Girl, I’m thrilled to connect with other writers who explore America’s post-industrial heartland, the Rust Belt, and find that its rich history is still being discovered. Paul Hertneky and I share no relation except for a love of these hardscrabble places and for representing the voices of these places truthfully. For more than twenty-six years, Paul Hertneky has written stories, essays, and scripts for the Boston Globe, Pittsburgh Post-Gazette, NBC News, and many more outlets. Rust Belt Boy: Stories of an American Childhood is his memoir.

“Rust Belt Boy brings to life in loving, lyric detail an essential but over-looked portrait of America’s blue collar heart,” writes National Book Award Finalist, Sy Montgomery. [It] illuminates moments that change our lives and the small recurrences that shape our decisions. In a millworker’s milieu—seldom seen by outsiders, filled with soot, solvents, and sharp edges—we encounter the work ethic of immigrants, then as now. These pages explore the push-and-pull of family and a hometown, the gravity—nearby or at a distance—that keeps us in orbit around our roots. (Book jacket copy)

Paul—Rust Belt Boy is an exploration of your roots, your personal history and the history of your hometown of Ambridge, Pennsylvania. In the writing of this memoir, what was the most surprising thing you learned about your native place?

That honor goes to the Harmonists. By most people’s reckoning [the Christian separatist society—a celibate “utopia”—founded in Pennsylvania in the early 1800s] was the most financially successful community of the time, probably anywhere. To have three stanzas devoted to the society in Lord Byron’s Don Juan; to be a subject of discussion between Marx and Engels; to have more money at the time under the bed of the founder than in the U.S. treasury. What a force these people were. How we ignored it! That might be the biggest surprise: the fact that we were not entirely cognizant of where we were.

The question is: does our writing in some way put people in touch with their past? That’s the role we can play. That was maybe most surprising. This place was far more pivotal in American history than we knew. It points out how little attention we paid to the past—that distance between the immigrant experience of the here and now and the heritage of where we were.

The contemporary things that surprised me: I was expecting to be second guessed by my home-towners with regards to my research. I grew up around a lot of skepticism about academia. It was surprising how affirming people were. Most people said, you might not know just how bad it is here. 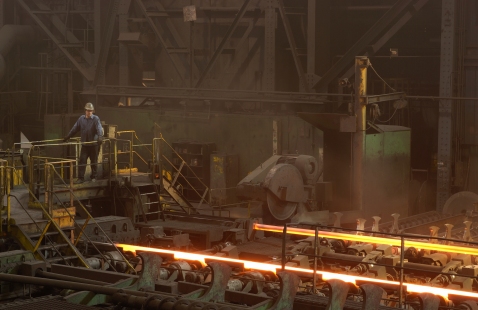 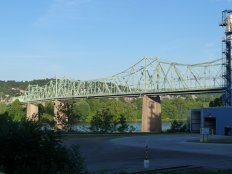 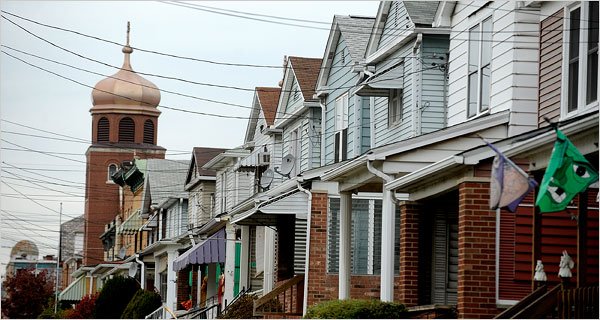 In RUST BELT BOY, you expose family memories, including those around your dad’s first wife’s death. What was the most surprising thing you learned about your family in Ambridge?

There were few surprises. If anything, I had to put a lot of family history aside. My father did have some material treasures of his first wife—his wedding album, for one. He wasn’t closed about telling us about her, but I don’t remember him showing us the album. I learned from my niece that she’s in possession of it. She was very happy my dad’s first wife, her grandmother, was portrayed in the book.

Food and food smells—pierogi, milk and honey, kolachi, the stuff of Sunday dinner—figure into your stories quite a lot. You’ve written about food extensively over your writing years. What food memory takes you back to your childhood?

It’s such a touchstone for people: food smells. As a writer, one of the things I’ve always tried to do is employ every sense. Usually, there are other senses involved. When it comes to smells, the smell of pierogis might be the most powerful. My grandmother’s apartment did smell like scalding milk. Then there were the smells of cabbage and sour kraut, the cooking of pork, of marinara sauce—the sofrito of garlic, olive oil, and tomatoes. There was also this constant smell of baking pie. And there was a particular smell that was made by the occasional cooking of pigs’ feet—a braised trotters dish my parents made of root vegetables and potatoes and joints of pork broken up. Then you chill it, so it gets gelatinous, and eat it with bread.

In your book, you write that as a kid you had “several fantasy lives—cowboy, Cherokee, sailor, and frontiersman among them.” How do you think your life as a writer would stack up for young, book-loving Paul Hertneky?

I didn’t know I wanted to be a writer. I didn’t know somebody like this. I feel pretty fortunate. As a writer, I kind of get to be all those things, because I can interview cowboys and sailors and I can explore the lives that are interesting to me and then try to inhabit them. Cherokee, I’m having trouble with [laughs]. But as a writer you get to explore your fantasies. You can concoct them and go talk to people who are doing these things. Probably one of the more interesting kinds of research to do is to learn about people. I feel privileged to be allowed into people’s lives—to ask questions, be nosy.

Where will you be appearing next, and what are you currently at work on?

I’m disappearing for two months to Greece for a book of essays I’m working on. I’ve written two long essays that connect travel in Greece with Greek mythology and the human condition. One of the essays, The Village Kazani, won an award. In that essay, I went to Crete at the time of the year when it’s darkest—my mother had just died—and villagers get together to make grappa. The essay involves Persephone, and there’s a lot of drinking, dancing, and eating.

For another essay, this trip, my wife and I are going to the island of Lesvos. The head of Orpheus is said to have washed up on a beach in Lesvos. We were first there on the morning of 9/11, when the Twin Towers come down. We’re going back to try and get a handle on this story. The essay will probably tie in 9/11 and Orpheus and our inability to hear that which we most need to hear.

Next spring, I will get back to the “belt.”

Thanks to Paul Hertneky for the victory that is RUST BELT BOY, a wonderful memoir of a Rust Belt childhood, and for indulging my own nosiness!

Learn more about Paul Hertneky and RUST BELT BOY at his website and blog.

7 thoughts on “Author Q&A with Paul Hertneky of RUST BELT BOY: Stories of an American Childhood”