I am not the most introspective person. A dash of denial, a handful of escapism, maybe a pinch of penchant for intrigue, and my past is folded into the stories I write–about other people in other times.

I’d rather ask these questions of other writers or answer these questions in the guise of the characters I’m writing. Because, honestly, introspection and exploration of my past for its own sake, for my own sake–and not for a WIP–feels a little bit fruitless…

And time consuming. And, really, who’s got time?

Me. You. Everybody. Even if we have to make it. (Even if the process of making time for one thing and not another sometimes feels “shitty.”) Or, so says novelist and short story writer Dave Housley in his essay I’ve been carrying around in my head like a mantra:  “Baby Steps All the Way: Making the Time to Write a Book” featured on The Millions.

So, when the lovely Jennifer Kochak at Unfold and Begin asked if I’d like to answer questions about the end of my dancing life and the beginning of my writing life for her Starting Over series, I made the time.

And it wasn’t just not fruitless. It was really and truly meaningful, to me, and hopefully to those who stopped by the Starting Over interview: “A New Way to Express Her Creativity.” 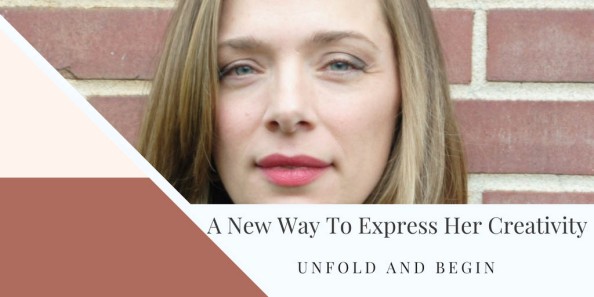 That’s me there! For once, I was on the answering end of an interview, which was a nice change. I’ve talked here before about the need to ask good questions to get at good answers, and Jennifer did just that.

Truth is, it had been a long time since I’d given 19-year-old me much thought, and I think she needed it. Jennifer’s questions got at the grief I felt at giving up ballet, the art form I’d practiced since I was five, and the relief I felt at finding another creative outlet: writing. And, as I will have my own 19-year-olds in just a decade, they need me to engage in a bit of memory dredging and examining, too–even if they don’t know it yet.

Novel-writing folks fall into two camps: outliners and pantsers. I’m among the latter. Think: exploration without background knowledge, map, or compass, but a decent sense of direction. And while I like being guided by in-the-moment intuition, I realize this isn’t always the best way to lead a life off the page, especially since my real life also leads the real lives of other, pint-sized people.

So, I urge you to check out Unfold and Begin–not only for Starting Over interviews but for all kinds of roadmaps, like vision boards, that can help us navigate our paths ahead.

Where are you going? Do you consult your past before setting out?

In the near-term, I’m headed to Lit Youngstown’s Fall Literary Festival in (you guessed it) Youngstown, Ohio. I’m excited at the prospect of spending a couple days with fellow writers, along with accomplished authors, editors, and academics on this many-peopled writerly path I’m traveling. So, this will be my last post for the week.

And, since we’re getting personal, I’ll leave you with a photo from deep in my personal archives (an old album of yellowed images and copies of newspaper clippings). Excuse the poor quality, but you get the gist. That’s me in the middle at age eight. If not properly dancing, I’m moving, and expressing something, anyway–look at that cavernous grin–and relishing it! A memory to remember and build on… 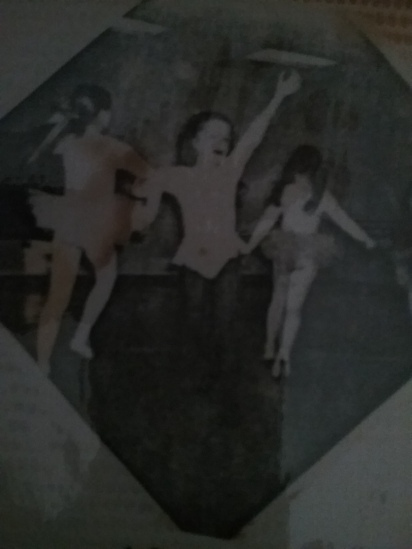 *Title is a nod to Joyce Carol Oates’ frequently-anthologized short story, one of my all-time faves, the plot of which is nothing like where I’ve been, thankfully.

5 thoughts on “Where are we going, Where have we been?*”